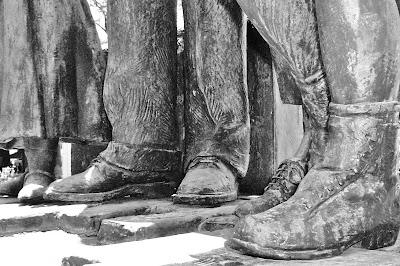 The feet of an immigrant family, a mother and father, and their son and daughter, are depicted newly arrived in Ybor City, now a part of Tampa. Simply named Immigrant Statue, it was designed by artist Anthony Cardoso and sculpted by Steve Dickey. It was dedicated in Ybor City's Centennial Park in 1992.

To those courageous men and women who came to this country in search of personal freedom, economic opportunity and a future of hope for their families.

(See the magnificent statue in its entirety at Tampa Florida Photo.)

Click here to view thumbnails for all participants in June's Theme Day: FEET

Very nice Theme Day post! I looked at your photo of the entire statue and I must say it is wonderful. The expressions on the faces are so moving.

Very poignant choice for the theme.

Great choice for a Theme Day post, the detail is appropriate and the whole statue wonderful.

I forgot to say that I linked a post of yours here: Vigili del Fuoco, as the 'inspiration' for mine...

Thanks for stop by my blog, I just join CDP not long ago. It is good fun for participating Theme Day.

My Bangkok Through My Eyes!
You Got A Posty
All Little Things I Like
Thailand In Photos

Your photo has the feel of the old west in it. Nicely done.

Brilliant choice for Theme day and so moving.

And despite the financial difficulties there too, they still keep coming, I'm sure. Opportunities in the U.S. are still much better than in a lot of countries (like the Philippines, unfortunately). Great choice for theme day. Quite thought-provoking for me too.

What an interesting point of view, it seems more like Ellis island than Florida. Great for Theme Day.

Can't help but reflect how the times have changed. 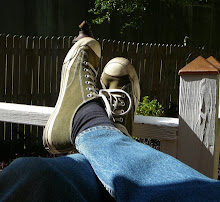 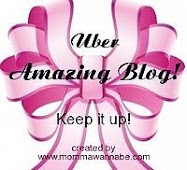 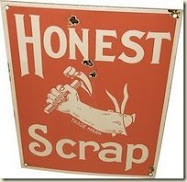